In training and competition, skiers are asked to push their physical limits of endurance, power, speed, and strength. Similarly, the mind is challenged to overcome mental and physical barriers by using focus, composure, and determination. Alpine Canada believes in building the whole skier for the long term. To be a top performer in ski racing, a skier should strive to develop their athletic character and athletic intelligence. The development of athletic character and athletic intelligence occurs throughout skiers career. The difference between a good ski racer and a great ski racer is their mindset and mental approach to training and competition. 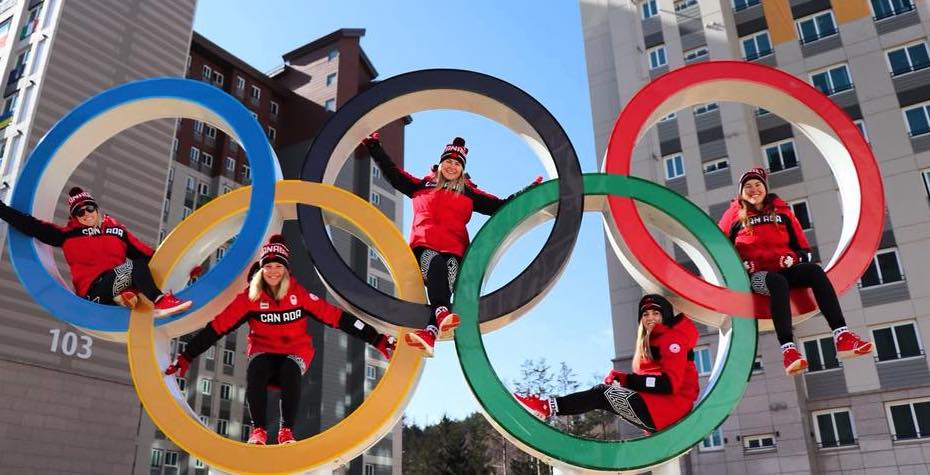 Alpine Canada's Athletic Character Assessment is meant to score skiers using a multifaceted assessment of three main categories, including behaviour, mental preparation, and toughness and grit. The evaluation of athletic character provides both the athletes and coaches with a systematic method to identify strengths and weaknesses, create a psychological plan, and measure the plan through consistent feedback.

Attributes of a mentally fit skier measured by Alpine Canada

Student of the Sport

The ski racer seeks to understand all aspects of ski racing, including technique, physical and mental preparation, equipment, etc.. They seek out knowledge and ask the right questions.

The ski racer can control emotions in a professional manner, including:

Self-awareness: shows understanding of stressors and impact on own physical/emotional/mental responses to stress (or challenge, adversity).

Stays connected:  with the coach, teammates, and others by investing in building, strengthening, and maintaining relationships.

A ski racer consistently performs to a high level, always to their ability. The ski racer embraces pressure situations and optimizes performances.

Ski racers push themselves out of their comfort zone on and off the snow. The skier recognizes appropriate times to 'push-it.' The ski racer understands the concept of risk vs. reward and maximizes performance through controlled, yet aggressive strategies. The ski racer pushes themselves in the gym, and they are continually challenging themselves to be great.

Ski racers have developed strong mental skills, either intuitively or through working with a performance psychologist.

Ski racers have specific plans in the following areas:

Ski racers communicate effectively and timely with coaches and others.

"We need to take our best ideas, our strongest intuitions, and we need to test them. We need to measure whether we've been successful, and we have to be willing to fail, to be wrong, to start over again with lessons learned." - Angela Lee Duckworth TED Talk Education

Demonstrates resiliency through challenging times, committed to going the 'extra mile' and pushes through hard times. The ski racer accepts hard work as a challenge, not a burden.

The ski racer demonstrates a strong work ethic and commitment to excellence in all areas of preparation, including the technical, physical, mental, and tactical domains.

Ski racer believes their talents can be developed through hard work, application of strategy, and are accepting of input from their coaches, parents, and others will increase the likelihood of long-term success in ski racing.

Coaches and parents who encourage safe and appropriate risk-taking, sometimes knowing the risk will not work out can promote the development of a growth mindset with proper feedback and encouragement.

Coaches and parents can encourage a growth mindset by assisting skiers with their reflection on the learning opportunity and rewarding safe risk-taking as part of the process of becoming a great skier and competitor. When the skier begins to understand that failure is part of the process of growth, it can help the skier learn how to capitalize on their setbacks to move forward in the process — resulting in the development of healthy, capable and resilient skiers who enjoy skiing leading in the promotion of individual athletic achievement.

"Praising the process that kids engage in, their effort, their strategies, their focus, their perseverance, their improvement. This process praise creates kids who are hardy and resilient.". - Carol S. Dweck TEDx Norrkoping

Ski racing places a higher cognitive demand on the skier than a training session. The use of decision training to challenge the skier will develop their athletic intelligence allowing them to execute the proper technique and tactics on demand resulting in the achievement of excellence.

A training session is made up of physical, technical, tactical and mental elements. Through the research studies conducted by Dr. Joan N. Vickers at the University of Calgary and many other researchers in the area of motor learning and control, we are gaining more insight into training the decision-making processes with developing skiers. The incorporation of decision training can actively improve your skiers' athletic intelligence or their ability to intake, process, and react to the complex and rapidly changing cues involved in ski racing resulting in a seamless performance.

Decision training aids the skier in the development of the required decision-making skills needed to perform under pressure at the highest level. Skiers are more confident when their ability to think, understand, and respond during stressful competitions becomes automatic; resulting in the ability to perform on demand.

To accomplish this, skiers must have the opportunity to develop critical perceptual, attention, and problem-solving skills needed in competition during regular training sessions. Decision-making drills in ski racing include setting environments that present skiers with choices. Training to make the right decisions at increasing speeds through a variety of terrain environments will enhance the development of athletic intelligence as the skier matures. Snow Stars introduces some of these drills starting at the Skier Essential stage.

Effect use of decision training can lead to an increase in intrinsic motivation, independence, and goal setting by the skier, which involves them more fully into the training process and develops their athletic intelligence.

Dr. Joan N. Vickers has identified seven useful decision training tools a coach can use during training with their skiers. These tools can improve the long-term retention and transfer of critical physical and mental skills. Skiers will learn to automatically recall the core psychological and physical abilities they need in the competition.

As opposed to repetitive or blocked simple to complex training, coaches can use variations that are realistic and developmentally appropriate. For example, avoid training repetitive symmetrical corridors. Instead set arrhythmical courses and safely change one or several gates often, without the skier’s knowledge between runs.

Use combinations of two to three skills during practice or an event to increase cognitive effort. An example of a random set is the "Kids Kombi Ski Cross" which combines giant slalom and super-g turn radii moving over terrain features in the course. Other examples of casual training include obstacle courses and the classical kids' kombi course with slalom and giant slalom turn radii.

Involves the coach intentionally reducing the amount of feedback they provide to the skier to encourage their skiers to solve problems on their own. Skiers should get used to not hearing comments from the coach every run but should be encouraged to ask coaches questions when needed to assist in finding a solution. Providing too much feedback can lead to coach dependency instead of the skier becoming confident in their decision-making abilities. An example is designing a developmentally appropriate training course just outside the challenge zone of the skier and then providing feedback only if the performance falls significantly outside the performance bandwidth of the skier.

When feedback is reduced and delayed without a questioning strategy, a breakdown in communication will occur. Feedback should involve the skier in the process of designing the prescription to a lacking skill or performance. Instead of the coach always telling the skier what to do in the form of direct feedback, they ask questions that probe what the skier understands about the skill, tactic, drill or decision being trained. Questions also examine the skier's inner feelings; a critical kinesthetic dimension is often ignored in the “direct feedback” approach.

Questioning provides the opportunity for the skier to have input into their personal development allowing the skier to gain more knowledge about their sports performance and promote long-term retention of their improvement. The use of questioning can increase communication between the skier and coach during training and racing.

Videos allow the skier to view themselves to detect what they have done well and what needs to be improved. Once cued by the coach on what to look for, skiers should learn to analyze specific skills and tactics and respond to questions about their performance. Skiers should run their video sessions once they understand how to interpret their performance with their coach.

When “hard-first instruction” is used, complex thinking skills and concepts are introduced early in the training session. It is important to stress that the term “hard-first’ applies to thinking skills and ideas and not to hard-first physical skills or terrain, especially when young skiers are developing their fundamental skiing skills. For older, more developed skiers, the manipulation of speed and terrain can create a more challenging environment resulting in "hard-first instruction," challenging both physical and cognitive abilities.

Research shows that the use of "easy-first" instruction through the repetition of fundamental skills over and over results in low cognitive efforts and the underestimation of the cognitive efforts required to learn more advanced skills later in a skiers career. Easy first instruction leads to slower improvements and a mental state that is difficult to change later on.

The introduction of hard-first skills occurs through the use of a model such as viewing an expert video example, a demonstration on the snow by a coach or another skier who has mastered a skill.  Hard-first instruction increases the amount of cognitive effort used, and this ensures longer-term retention that will be easier to recall in a competition or demanding training environment. Being able to watch demonstrations by a coach, another skier is a powerful “hard-first” learning tool due to the cognitive effort it takes to see and understand what is happening.

It is essential that skiers learn how to analyze the best skiers along with the lesser skilled skiers. Creating video loops of specific sections of a run that demonstrate particular skills or tactics performed by the best skiers can be a powerful modelling tool that has long-term beneficial effects. Skiers need to be comfortable with analyzing teammates and competitors’ performances and understand how to detect what is right and incorrect at all levels of performance. They should learn how to verbalize these differences in a technically mature and professional manner.

Using an external focus of instruction

Coaching instruction often draws attention to the internal requirements of the skill. Most statements made during feedback reflect on the control of technical skiing skills. This process creates an internal focus where the skier focuses on the body and its operations. Recent research shows the frequent use of internal focus cues results in a lower level of long-term performance than the use of external focus cues. When coaches use an external focus, the emphasis is on the goal of the task, specific objects, and locations in the environment. Using an external focus promotes the optimal use of the internal information processing systems resulting in a higher level of performance and skill acquisition.

An example of an external focus is to create a high edge angle by instructing the skier to show their ski bases to the sky instead of having the skier feel their ankle roll inwards.“Conscious attempts to control movements interfere with automatic motor control while focusing on external cues allow the motor system to self-organize more naturally unconstrained by conscious control.” (Wulf, Shea and Park 2001 p 342).

Dr. Joan N. Vickers, a Professor, Faculty of Kinesiology, University of Calgary, is the author of Perception, Cognition and Decision training – The Quiet Eye in Action, Human Kinetics Publishers, 2007.

Carol Dweck: The power of believing that you can improve| TEDxNorrkoping